I’d always wanted to check out the Crystal Lake area. At worst, it’d wind up being a shortcut to the middle Gabriels that saved me from the long drive on the Angeles Crest Highway. At best, it would wind up being a beautiful area with many trails to hike. Iris and I decided to hike up the Windy Gap Trail to Windy Gap (surprise!), where we would decide on which direction to go next. We’d wanted to do the Hawkins via the Pacific Crest Trail (PCT) and South Hawkins trail, but it wound up being too snowy, so we went to Mount Islip instead.

As noted above, before heading out, I was a little concerned about the scenery back near Crystal Lake. This area was burned really badly by the Curve Fire in 2002, and many of the trails have just been reopened in the past few years. In reality, this area is spectacular–many of the trees down in the Crystal Lake basin have either not been burned or are recovering, and the hike up the Windy Gap Trail presents many panoramic views across the forest. Additionally, since the trails have all been recently serviced, they are in exceptional condition and are very easy to follow. As a practical recommendation, stop by the visitor center at Crystal Lake to pick up a trail map for the area — it came in handy during the hike.

The Windy Gap Trail is a pleasant hike up to it’s namesake and starts at about 5730 ft. We started around 10:30 AM, and made it up to Windy Gap by noon. On the way up, we experienced many panoramic views of the Crystal Lake basin, along with views of Smith Mountain, Mount Islip, and the four Hawkins. 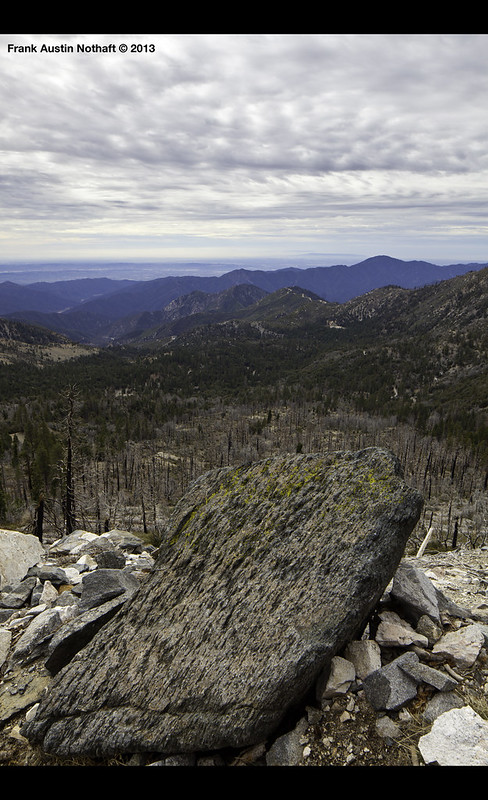 As you can see in the image above, there is a sharp demarcation that shows where the fire damage spread to.

We stopped for a quick snack at Windy Gap, and planned the rest of our hike. When we got up to the gap, it was snowier than we’d expected. It looks like right now, the snowline is around 7400-7500′ on the north/west side of slopes. Mount Hawkins was our original destination, so Iris did a quick excursion on the PCT to determine how snowy it was, and we decided that it was too snowy, and that we’d head to Mount Islip instead. We still encountered significant snow on the mile up to Islip from Windy Gap, but were able to avoid most of the snow by heading slightly off trail and taking the ridge most of the way to the top.

The Mount Islip summit presents incredible views of both the western San Gabriels and the high desert. An additional treat is the old cabin on the top of the mountain, which shows Mount Islip’s past importance for firespotting. 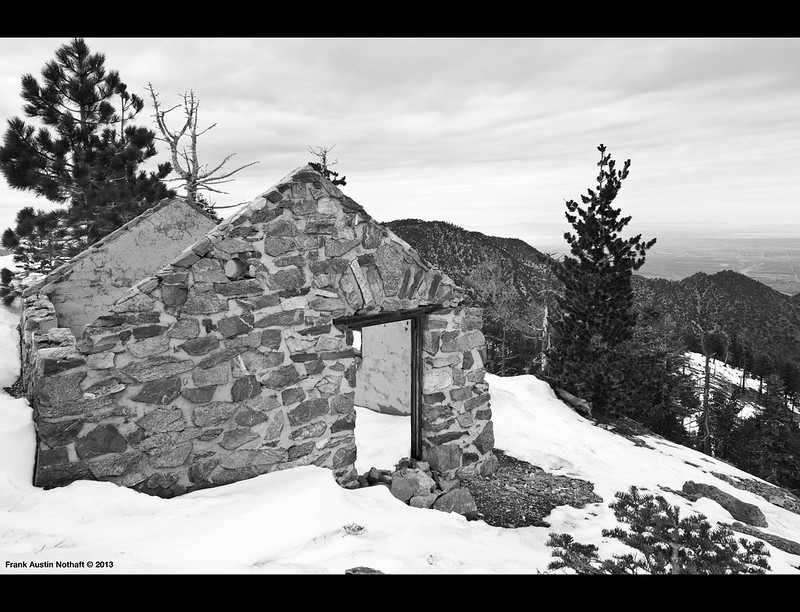 We sat for a bit to eat lunch while enjoying the spectacular and somewhat surreal views. For our trip down the mountain, we decided to take the Islip Ridge trail to the Big Cienega trail. Part of this decision stemmed from a desire to take a different path, but from a practical standpoint, the ridge that this trail takes is south facing and is fairly clear from snow. 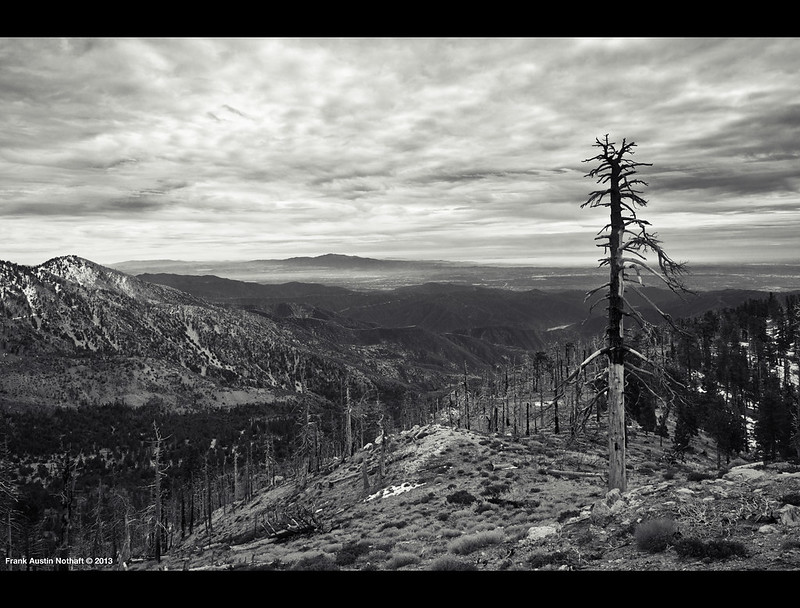 The Islip Ridge trail is in very good condition, and was a very pleasant hike down. We eventually hit the Big Cienega trail, which brought us off of the Islip Ridge and back into the Crystal Lake basin and the Windy Gap Trail. Alternatively, you can continue straight on the Islip Ridge trail, which leads back down to the literal Crystal Lake. The Big Cienega trail has a few trees down across the path (I believe we counted 3?), but they can be crawled over and do not present too big of an impediment.